It’s only been up and running for around a year, but Aqaba’s LNG terminal has already proved itself indispensable to Jordan’s vital energy diversification drive.

But perhaps the project with the most immediate tangible outcome has been the Liquefied Natural Gas (LNG) terminal in Aqaba, which went on-line last July and has since largely replaced the expensive heavy fuel the Kingdom heavily relied on for more than two years to generate electricity.

The Engineering, Procurement and Construction of the LNG jetty was awarded in late 2013 to Ireland’s BAM Contractors and its Jordanian joint-venture partner MAG Engineering and Contracting Company. According to the company’s website, the jetty included a 100-meter trestle on steel piles, a concrete off-loading platform, and extensive marine infrastructure. On the ground there are also pipeline facilities, the marine services facilities and harbor, and seven marine services ships-all new and all manufactured to serve the LNG-as well as the pumping stations. 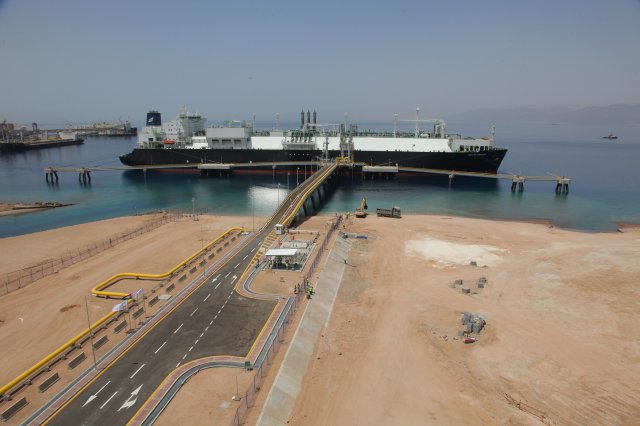